Genuine Appreciation : The Currency That Pays both Ways and How Warren Buffett uses it

Think back to the last time someone expressed genuine appreciation for some work or something that you had done. It doesn’t matter how small that something was.

And you knew that were being genuine because they were specific about what they appreciated in your work.

How did you feel? How did it affect other activities for the next few minutes or hours? 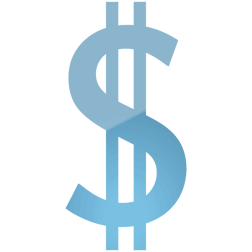 The gratitude usually leaves behind a certain lightness of being and makes for a much more satisfying day ahead.

I suspect this applies to most people.

Here’s a story that comes to mind

There’s a guy who comes to attend the garden where I live. He always does a fantastic job. When he leaves the lawns are perfect. The edges are beautifully manicured and the yard is absolutely spotless. It’s transformed … every time.

I had been meaning to tell him for a long time that I appreciate his magician like abilities but always felt awkward about it.

Eventually I decided to be mindful around my awkwardness and concluded that there was no reason why I shouldn’t express my appreciation.

So the next time he came around, I said “Thanks for doing such a great job with the lawn. It looks absolutely fantastic. The edges are perfect and the lawn looks transformed”

His face lit up.

He looked visibly pleased and a few weeks later he arrived with a Christmas gift. Clearly he valued those words.

Without getting too evangelical about having expressed my appreciation I can honestly say I felt a certain sense of relief when I thanked him.

Sort of like I had paid him his dues. His sincerity of effort warranted more than just a financial exchange.

I felt a sense of spaciousness around the rest of my day. Perhaps it was because I felt temporarily released from the deathly vice of consumerism.

The daily treadmill of my where all my actions seem to be grounded in some form of mercenary pursuit. Where I seem to always be exchanging money for time or goods and services.

Anyway whatever it was … it worked.

I won’t drown you in endless tales of altruism. But I will say this … I repeated this act of expressing my appreciation in many different situations since. I did it as often as I could remember.

I took the time to smile and say “thanks” when buying a ticket at the train station. When paying for groceries. If I enjoyed a meal at a restaurant I’d take the time to tell the person that served me that i liked the meal and exactly what I liked about it.

The awkwardness around expressing appreciation fell away pretty quickly after the first few attempts and the spaciousness and freedom that I experienced grew with each occurrence.

How appreciation changed my attitude to money

My deeply hidden anxieties around money (which I thought I had overcome years ago) started to dissipate.

Perhaps it was because my focus moved from appreciating what I’d received rather than the fear of parting with funds. Buying something no longer felt like a ‘depletion of funds’ but rather an ‘appreciation for goods or services’. 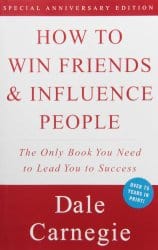 I’m not suggesting that money doesn’t matter to me. It matters like it does to the next person. But money is now only part of the picture rather than the end goal in all my dealings.

The focus has changed. At a restaurant when the table is being cleared I find that thanking the person with a smile leaves us both transformed. Every so slightly but transformed nevertheless. I feel grateful for their efforts and they probably feel motivated to give their best at work.

The bill still gets paid with an accompanying tip but the appreciation leaves both parties with something more than the experience of a transaction where food was exchanged for cold hard cash.

Dale Carnegie’s book titled How To Win Friends and Influence People talks about the importance of valuing others. He says the only way you can get someone to do something is for them to want to do it.

Appreciating or valuing others is a very powerful motivator. Warren Buffett who discovered Carnegie’s approach at the age of 20 says it changed his life.

Lincoln once began a letter saying “Everybody likes a compliment”.

What do you say?