The Top 10 secrets to becoming a good lead guitarist

The first year after I picked up the guitar was the honeymoon period for me.

There wasn’t much else I could think of. If I heard a good song I’d want to learn how to play it. If I heard new riffs I’d wonder where on the fret board each note belonged.  I’d eagerly anticipate my weekly guitar lesson and practice like a demon between them.

It would be fair to say that I was quite obsessed.

One year down the track things weren’t quite as rosy. The initial novelty had worn off and playing the guitar was starting to become a chore. 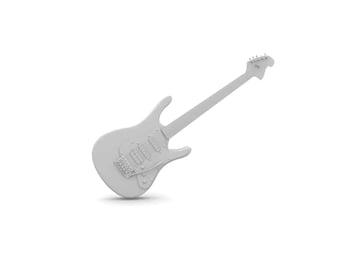 Around this time I was also graduating from playing open chords to individual notes on the guitar. Playing notes wasn’t quite as easy as learning chords. It required quite a bit of skill which in turn required consistent practice.

To become a good lead guitarist you need to learn scales (a progression of individual notes) which can be mind numbingly boring. You have to practice the same old thing over and over and over again till it becomes ‘muscle memory’.

So there I was playing the same pentatonic scale over and over again. Trying to build my muscle memory so I didn’t have to ‘find’ each note on the fret board every time.

And then there’s riffs.

Riffs come to you only if you know how to play scales really well. Learning riffs was hard work. It still is.

I’ve tried various things over the years to build a consistent practice. A lot of things work and many others didn’t.

Here’s a list of top 10 things that have contributed to a consistent and enjoyable practice routine.

I found that this is probably the most important thing.

If I really like a song and can relate to the emotions it invokes, then I’m likely to try and master it.

The sincerity of practice is a natural progression (pun intended) from there.

The main benefit of lessons is getting the basics right on how to hold the guitar etc. I think it’s critical to learn the correct habits from an expert the first time round. It saves a lot of time trying to unlearn stuff down the track.

In addition to this a guitar teacher can act as a mentor and provide the discipline and structure that you require to get a good practice going.

I thought I’d NEVER learn how to place each of my fingers in those awkward positions let alone strum the guitar with the other hand!

Fortunately my guitar teacher broke things down into bite sized steps. He had the benefit of perspective and hindsight based on his own experience. I can’t emphasise enough the value of having formal lessons when I first started learning to play.

4. Play scales over your favourite songs to bust the boredom of practising scales

Scales are a must for every lead guitarist that wants to build good finger skills. Unfortunately sales can also kill enthusiasm like nothing else because they can get so boring.

I find the best way to get myself to do my scales are to play them over songs I love. That just makes the whole thing a whole lot easier.

So pick your favourite tunes and rock on!

5. Play along with the original song to develop your sense of timing (and musical perspective)

For the best part of a year my guitar teacher told me how important it was to play along with the original song.  He said this was critical for timing and to get an appreciation for where the guitar fits into the bigger picture (in terms of the other instruments etc).

But did I listen? 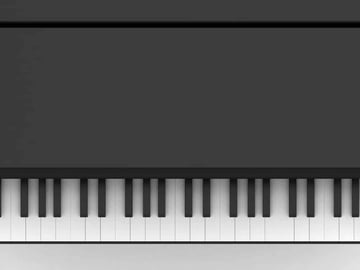 When I eventually did try and play with the original song much later down the track I realised what I had been missing out on.

Playing along with the original track was a much fuller experience.

It also connected me with the source of my inspiration.

6. Play to an audience

Want to get good fast?

Set yourself up to play in front of an audience. Nothing motivates me like not wanting to look like a fool in front of a crowd.

Making a commitment to play regularly in a band is very valuable. It holds you accountable to each other. If your band aspires to play for an audience even better.

The rehearsals leading up to the concert can act as great milestones.

Playing in a band is fun and a great social activity too.

As you improve the music becomes like a language you use to express yourself.

If you ever watch the maestros like Eric Clapton or Mark Knopfler playing together on stage you’ll see the grins of ecstasy on their faces as they belt out those riffs together. – speaking to each other via their instruments.

What’s a good way to hook up with other band members? Use meetup.com to find music groups close to you. Should be pretty simple to find a few band members from there. 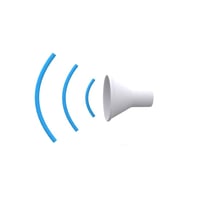 Inspiration is very important. You don’t have to go to expensive concerts. Watching the local band is a great place to start.

Plugging into the musical community brings a whole new energy of it’s own that will energise you like no instrument can.

9. If you have kids then play to them

People often find that it’s hard to practise when you have young kids to care for.

But it’ not hard if you Involving the kids in your practice. Playing music to your kids can be extremely rewarding. Make them your allies rather than your reason not to play.

The best part is that young kids have no frame of reference so they are likely to really dig anything you belt out.

What matters is the fact that you play not how well you play.

10. Think of playing the guitar as learning a language …

Once you start to really express yourself through the guitar (or any other instrument) you will know exactly what I mean.

This mindset helps a lot in terms of full engagement. Human beings love expressing themselves in different ways. The guitar is one of the best there is.

45 Insanely Useful Mac Keyboard Shortcuts to Save You Over An Hour a Week – The ...
It’s funny how breakthroughs in productivity come from the most unlikely turn of events.
The Top 10 secrets to becoming a good lead guitarist
The first year after I picked up the guitar was the honeymoon period for me.
The Eisenhower Matrix
The Eisenhower Matrix As you head into the new year it might be worthwhile considering Eisenhower’s approach to task pri...
If you don’t exist on social media… You don’t exist. Period!
Sounds dramatic I know. Now that I have your attention let me qualify that statement: If you don’t exist online and are ...
The Steve Jobs Guide to Using Death as The Ultimate Change Agent + 22 Actionable...
Have you heard the phrase “There are no guarantees in life?”
Get your iPhone to read Kindle e-books to you aloud in 3 steps (Video)