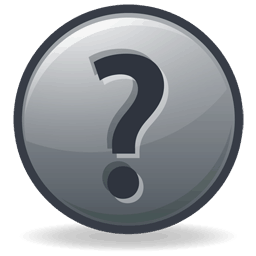 Should I upgrade to the iPhone 5S?

That’s the question on everyone’s lips.

The answer: It depends on what model you’re upgrading from.

If you have an iPhone 4 or below then I’d say it’s a no-brainer. The benefits are clearly there in my opinion. It would still be well worth your while to ask yourself the  questions below to arrive at your own.

If you are moving from an iPhone 5 then I think you’d do well to ask yourself these questions: 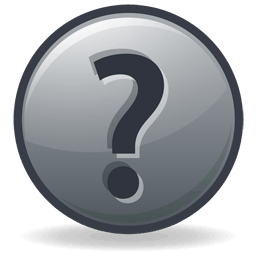 1. Can I do with the bump in speed from a the A7 processor that’s twice as fast as the A6 processor on the iPhone 5?

The iPhone 5S has a processor that is twice as fast as the iPhone 5. If you use the Siri as much as I do – and you probably should – then you will find the increase in speed to be a welcome change.

Over the last few months I have been using a more mindful approach to change how I interact with my phone.

Each day I make a conscious  effort to talk to my phone rather than type into it because this saves at least an hour a week if not more. For more information on this check out my top 15 Siri voice commands to save an hour a week.

The processor speed will be a major factor in improving accuracy and speed when using Siri voice commands to interact with my phone.

The convenience and accuracy in using Siri and the resulting time saved will pay for the iPhone 5S in multiples over the next year. I see the iPhone 5S is a wise investment given the way I use it.

2. What benefits does the new camera offer?

The iPhone five years has some very cool slow motion features that seamlessly integrate into videos. 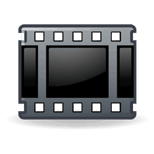 While the camera is still eight megapixels it has an aperture and a sensor that is 15% larger which means each pixel is bigger and let more light in. This means better quality photos.

The camera also has a burst feature which allows you to take several photos and automatically analyses multiple frames to present you with the best photo option – all in real time.

That said, I’m sure there are a lot of other smartphones with cameras as good if not better.

3. Is the fingerprint sensor worth the convenience it brings with it?

I can’t tell you how many times I’ve asked Siri to launch an app for me and she tells me I need to unlock my
phone first. Grrr.

The fingerprint sensor kills two birds stone. I activate Siri using the home button which also happens
to be the authentication. Easy done. 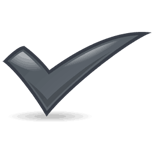 You can still have the password authentication setup as a backup plan … in case you happen to lose your fingers.

No, seriously. It could be useful in emergencies when you don’t have the phone on you and you want your trusted friend or partner to get into the phone to dig out some information for you.

The cumulative convenience that the fingerprint sensor offers given the number of times I have to access my phone via the passcode each day this feature alone makes it worth the upgrade for me.

4. What about battery life? Is that worth upgrading for?

The battery life is slightly better than that of the iPhone 5 which is nice. This could well be because of the new M7  coprocessor. More on this in a minute.

The humble improvement in battery life on it’s own doesn’t warrant an upgrade though.

5. What’s this M7 coprocessor do and why is it all the rage?

In short the M7 coprocessor is ‘the helper’ chip to the A7 main processor chip. It’s dedicated to monitoring motion that are gathered from the gyroscope, accelerometer and compass in an efficient way.

This mini processor uses a lot less battery (as compared to the A7) and is definitely going to be very valuable with health and fitness apps increasing in popularity.

Since the M7 processor handles all the motion based data, the main A7 processor doesn’t have to ‘wake up’ as often as it did with the iPhone 5.

This is what extends your battery life.

Nice idea. To me this is innovative application of technology as opposed to mere technological innovation and that’s  here Apple is impressive.

I felt the same way about the fusion drive on the iMacs. The innovative approach in creating the fusion drive has  essentially given me 3TB of solid state goodness at a very cheap price. A good example of thinking outside the box.

6. Will they store my fingerprint?

To me that’s really a moot point because I believe that anonymity in today’s digital age is largely a myth.

The internet’s ‘digital tentacles’ have a much wider and deeper reach than most people seem to realise.

I wonder if we’re going to see a flood of Samsung me too fingerprint sensitive devices soon.

What are your thoughts on the iPhone 5S? Are there any questions I’ve missed when it comes to deciding on whether or not to upgrade? Please let me know in the comments below. I’d love to hear from you.