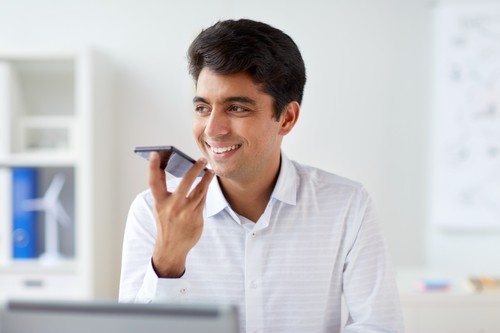 Unfortunately I’m not too well versed with the Samsung Galaxy or the Android platform which means that most my posts have been Apple centric so far.

So when my buddy Hamish (an accomplished journalist) agreed to do a guest post for Productive Insights I was thrilled to say the least.

In this post Hamish compares my top 15 commands on Siri from an earlier post to those on the droid. Here’s his verdict …

But get me behind the wheel of a car on my own, and I want to make the most of my time. Ever since I got my licence, I’ve tried to make my driving time more productive by returning all those missed calls. I’ve (almost) always just used a set of earphones, and taken cheeky peeks at my phone to dial.

But with new driving laws against even touching your phone, I’ve started experimenting with S-Voice on my Samsung Galaxy S3. My verdict? It’s ok. I find it a little slow, and it struggles to understand me. And when it comes to personality – well, let’s just say I’d be buying Siri drinks at the bar.

But S-Voice and I are working things out. I’m learning her quirks. I’m not sure if she’s learning mine. I can almost consistently call and send messages to my contacts (although at times it’s easier to say a full phone number than stuff around with misheard names).

So after checking out the list of 15 Siri commands, I thought I’d give them a go on S-Voice to see how they compare:

1.       Call – I think I’ve got my computer accent down to the point where S-Voice understands me about 75 per cent of the time. Not bad.

2.       Launch – S-Voice is actually pretty good at launching apps using this command. I’m not sure how useful that is for me personally, but it works.

4.       Post to social media – Apparently S-Voice should be able to post unfunny diatribes on Twitter on my behalf, but there appears to be a bug on my phone that prevents her gaining access to my account. I’m looking into a fix, because this could be a useful function.

5.       Text message (“Tell <name> …”) – seems to work just fine, although it can be a little troublesome selecting the correct phone number when contacts have multiple options.

6.       Play music – confession: I have no music on my phone. But the command worked, and S-Voice got the sample Samsung audio track pumping. Rad.

8.       Stock prices – S-Voice got a little jealous when I asked about Apple shares, but was happy to tell me that Samsung stocks were worth 1.486 million South Korean wan ($1362.87 Australia, or so S-Voice tells me when I asked for the conversion).

10.   Reminders – worked a charm, saved the reminder as a task. This could be useful for a forgetful guy like me.

14.   Define (word) – didn’t seem to work. Perhaps there is a different command than ‘define’?

15.   Weather report – excellent, and could differentiate between today’s weather and a weekly forecast.

All up, not too bad! I must admit, there is a bit of a lag – some commands could take up to 7 seconds to action, which feels like an eternity in this day and age.

And since I’m feeling all experimental, and since S-Voice doesn’t have much of a personality, I figure she won’t mind if I try out Google Now as well. I haven’t hit it with that full list of commands, but so far Now is pretty good. It seems to understand each word with more accuracy, and can execute a number of commands.

I’ll keep playing around between the two before making a final decision. I’m not sure I could do the same if I was on Apple – I’d feel much worse about cheating on Siri.