210. From Apple to Canva: Guy Kawasaki on Entrepreneurship

From Apple to Canva: An interview with Guy Kawasaki

Lessons from the Chief Evangelist himself.

How do you develop good business instincts?

How does an entrepreneur create an impact in the world?

We spoke with Guy Kawasaki about how we become innovators and visionaries in our field of profession.

Guy Kawasaki served as "Chief Evangelist" at Apple for several years and is now the chief evangelist at Canva.

So, what's a chief evangelist, and what does he do?

A chief evangelist promotes your brand or product beyond traditional marketing. He creates a narrative and fosters a community that's aligned with the company's mission.

Not every entrepreneur wants to "change the world". Sometimes it's just about "changing the car"

Getting motivated isn't always easy. But your goals don't always have to be lofty and noble.

Growing up in Hawaii, Guy lived in a middle-class neighborhood. Nothing fancy. But it was a good life and he was happy with what he had.

But when he was at Stanford and was introduced to Ferraris by his friend's families, he decided he wanted one too.

And that's what drove him for the next few years.

So, how can a person who had a hand in changing the game for Apple (and more recently Canva) have such a "basic" goal?

Don't all innovators have lofty goals that involve changing the world?

Guy thinks it comes down to intention. Watch the conversation here to find out more.

What's the difference between an ego-centric tyrant and a demanding (but responsible) leader?

Two people who had a big influence on Guy were Harold Keables — his English teacher at Iolani, and Steve Jobs.

They were both demanding to the point of being scary. They both pushed him to be the best version of himself and were intimidating at the time he worked with them.

Demanding teachers and leaders push you hard. They often push you beyond your (perceived) limits and drive you to achieve more than you thought you were capable of.

Does that mean all demanding people are good leaders? Absolutely not! Some demanding leaders are just narcissistic ratbags.

So what's the difference?

Guy thinks it's the intent behind their actions.

When working with Steve Jobs and Harold Keables, Guy never felt that their actions were driven by self-serving egotistical behavior. They weren't mean-spirited.

Both were in service of a goal that was greater than themselves and had a mission that extended well beyond their own personal agenda. Steve Jobs expected as much from himself as he did from those he worked with.

Steve Jobs and Harold Keables drove Guy the farthest and the fastest and the hardest, there's no question.

How do you find your cause or your purpose in life?

Guy says to find a cause you have to have a greater sense of awareness. Awareness of themselves and of the world.

When you create something that truly captivates you and you feel it can "dent the universe", then whether you find the cause or the cause finds you is irrelevant.

Sometimes it's just a matter of being in the right place at the right time.

Whether you find your cause or your cause finds you is irrelevant. What matters is that you find a cause that you believe in and go for it!

The 'action' is on the next curve

Steve Jobs was known to have great taste and he was behind Apple's incredible approach to design. But did he actually design the products himself? Probably not.

His genius was to know what was brilliant design when he saw it and reject crappy products or ideas most of the time.

Steve had this ability to "see around the corner" when it came to products and markets in the tech space. He believed that "the action is on the next curve" and this helped him to create several products that were ahead of their time.

The ability to see around corners and follow his convictions around products that he felt would dramatically improve people's lives helped Apple push technological frontiers.

Like me Guy enjoys podcasting and hosts the Remarkable People podcast.

I recommend checking it out. 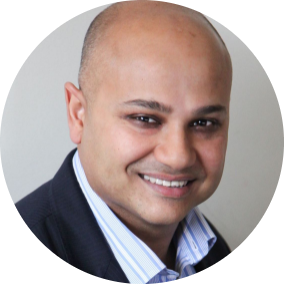 Ash Roy has spent over 15 years working in the corporate world as a financial and strategic analyst and advisor to large multinational banks and telecommunications companies. He suffered through a CPA in 1997 and completed it despite not liking it at all because he believed it was a valuable skill to have. He sacrificed his personality in the process. In 2004 he finished his MBA (Masters In Business Administration) from the Australian Graduate School of Management and loved it! He scored a distinction (average) and got his personality back too!